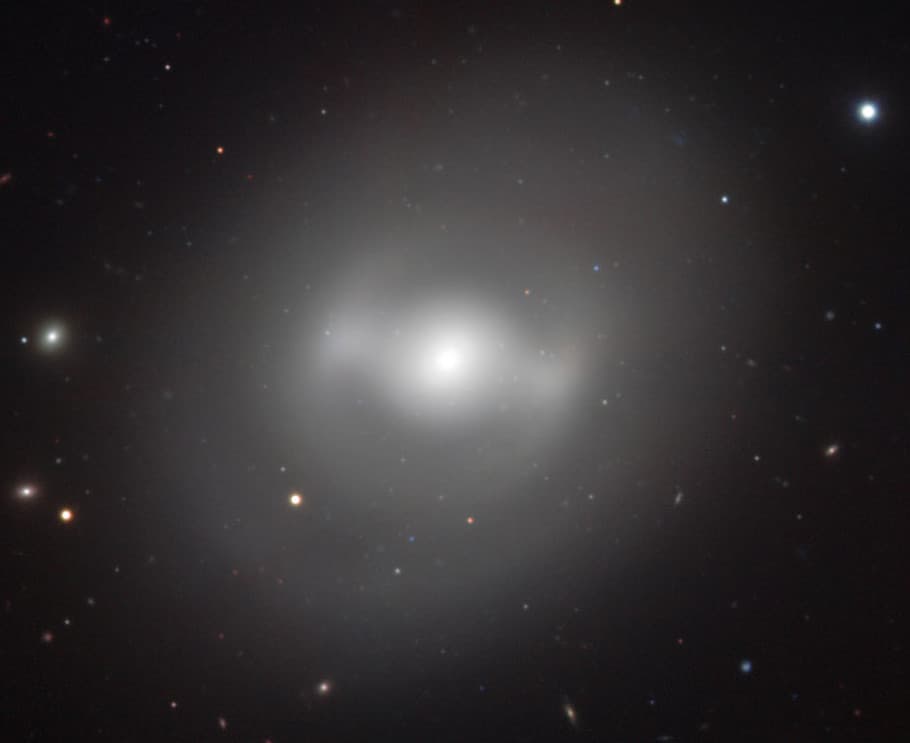 The force is strong with this galaxy, commonly known as Darth Vader's Galaxy (otherwise known as NGC 936), named as such because of its resemblance to the Twin Ion Engine (TIE) in 'Star Wars.'

Located approximately 50 million light-years from Earth toward the constellation of Cetus, this galaxy is a barred spiral galaxy by classification. It has a bright, shiny central bulge with ripples propagating outward, a bar-like structure spanning its central core, and an equally bright ring of stars circling the central galaxy, which all give it its uncanny resemblance to the TIE from Star Wars.

Strangely enough, NGC 936 appears to have little in the way of new stars. Rather, almost all of them are pretty old, with no new patches of star formation in sight. The most remarkable region is certainly the central ring, which is an enigma in and of itself. It is much more prominent than we usually see with other barred spiral galaxies.