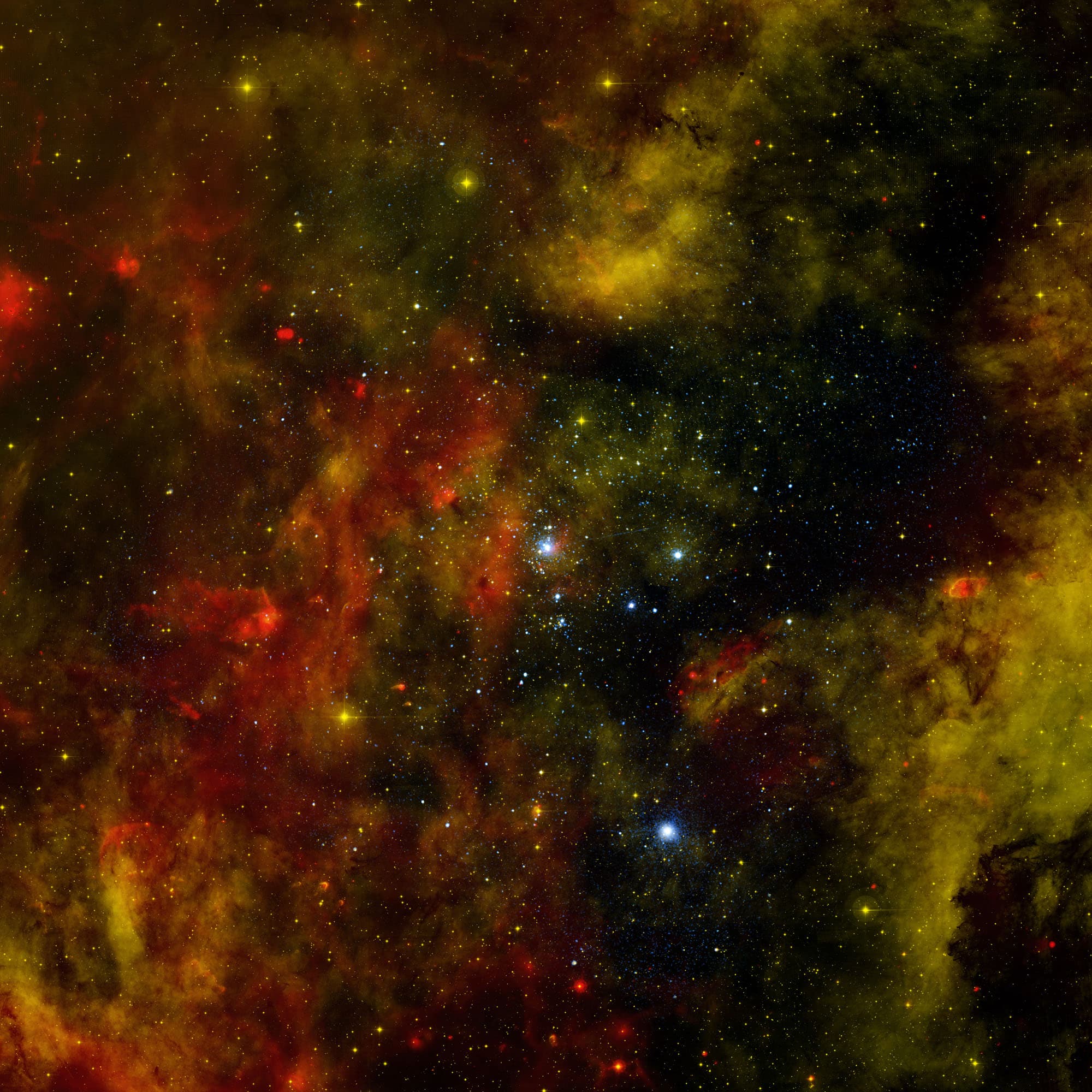 Among the billions of stars in our galaxy, several hundred clusters of stars can be found -- 152 have been identified thus far. This example, Cygnus OB2, is home to some of the most massive stars our galaxy has to offer. They burn bright and extremely hot, two factors that accelerate the mechanism responsible for the death of massive stars; supernovae. Sometimes, it can limit the stellar life-span to that of just a few hundreds of millions of years.

In this particular image, more than 60 various type-O and type-B stars are visible, each some 5,000 light-years from Earth (in the constellation of Cygnus). Most of the stars are rather young, ranging anywhere from one million years old to seven million years, which means that many of them should still be shrouded in a circumstellar disk of dust and gas. Alas, most are not.

Moreover,, astronomers noted that a large portion of the massive OB stars reveal no evidence of such a disk, indicating that the ultraviolet radiation streaming from the young stars corroded the disk very early on.

Lastly, overall, the cluster contains the mass of 30,000 suns, which accurately portrays just how massive many of these stars are.