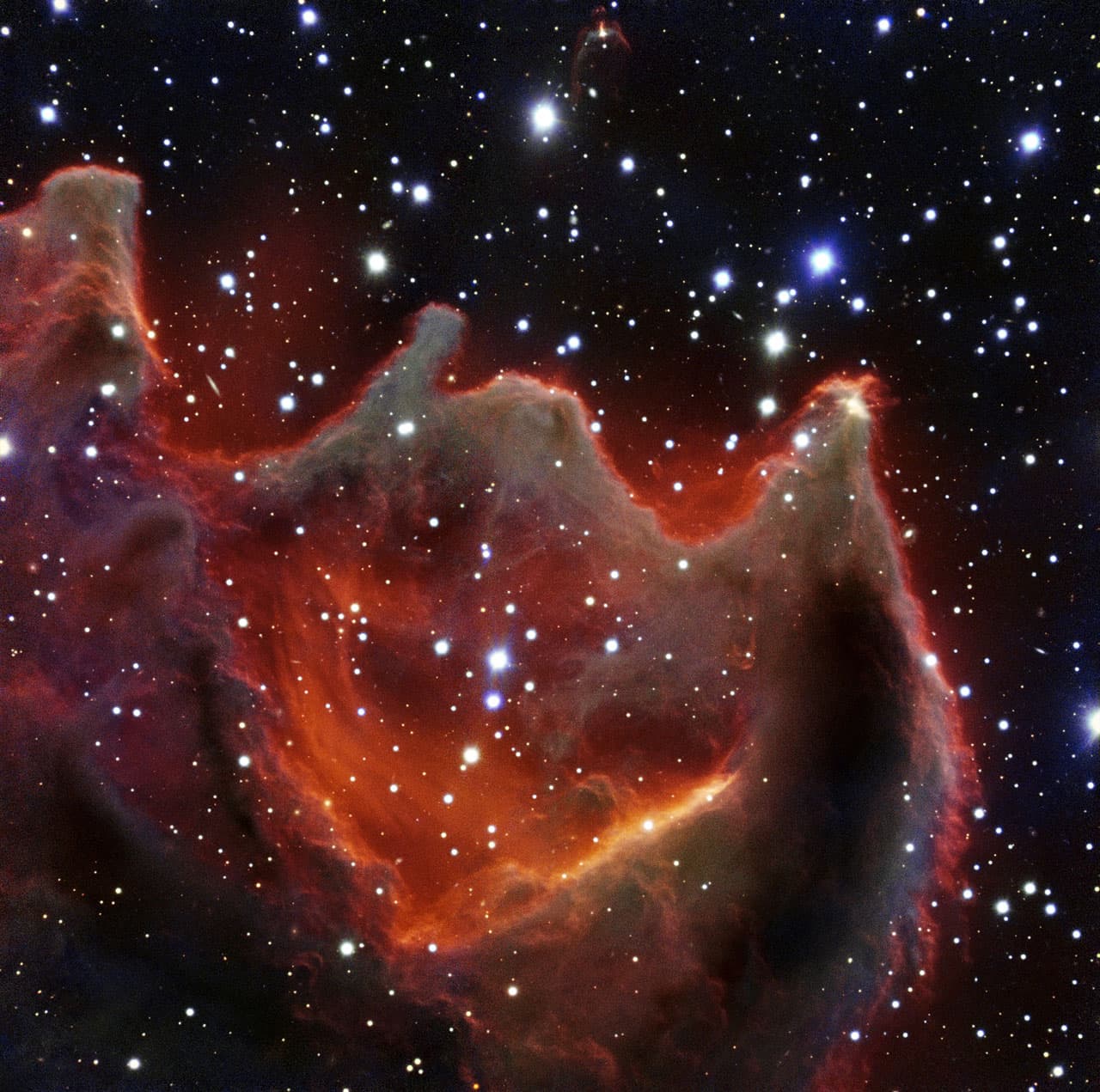 While yes, the universe has a penchant for producing wonderful things — majestic heart-shaped filaments, incomprehensibly vast nebular flowers and fantastically-colored galaxies resembling pinwheels — it isn't all rainbows, unicorns and cotton candy. In fact, on occasion. the gaseous figures that that pop up are downright malevolent-looking.

In a new image from the European Southern Observatory (ESO), we come across one of these regions: a cometary globule found about 1,300 light-years from Earth in the constellation of Puppis. By definition, cometary globules — which get their name from their comet-like appearance — are essentially large pillars of interstellar dust laced with ionized gas along the rims,

Called CG4, this globule is simply massive, with the head alone spanning around 1.5 light-years across. Naturally, it also has a tail, but it's much too faint to be resolved clearly; astronomers believe it spans more than eight light-years in all. This makes CG4 at least ten times larger than our entire solar system, yet by astronomical standards, it's still rather small.

Before too long, CG4 will no longer exist (it is already showing signs of degradation); as we speak, radiation from embedded stars is eating the column from the inside out, resulting in extreme erosion. Until the end arrives, it will continue to fervently churn out new stars.