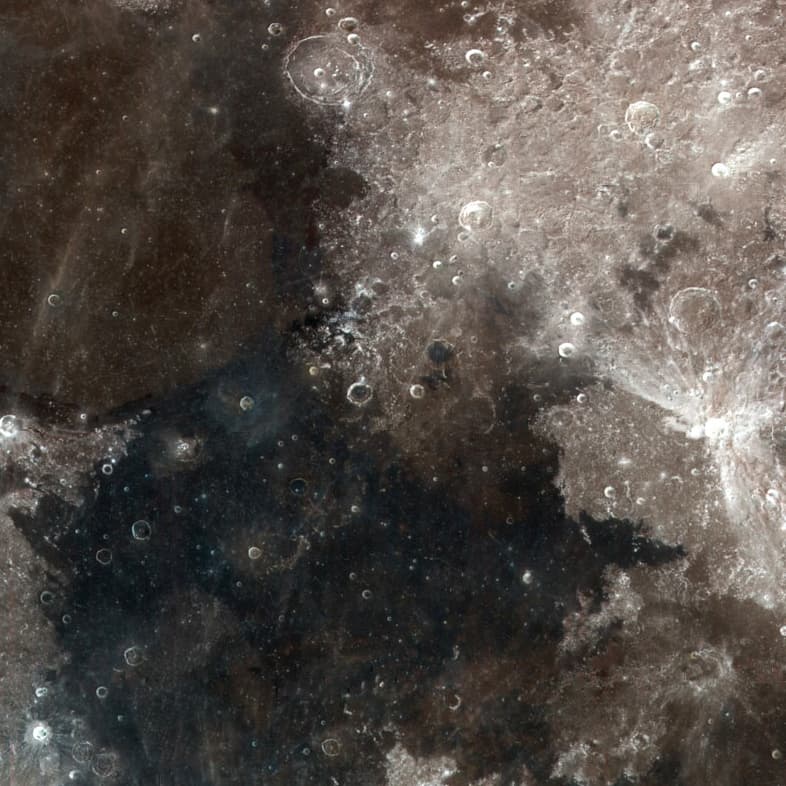 As some people have asked over the years — without a modicum of irony, I might add — "It's the twenty first century.. Why are there no colored images of the moon?!" To those of you, I present you with this stunning image:

Okay.. so there clearly isn't much color to be found (hence the part about irony, or perhaps it's less ironic and more ignorant than anything else), but it does showcase the complexity of beautiful Luna's surface. As you can see, its surface is marred by numerous depressions and craters, which are captured here with clarity.

The image — taken by the Lunar Reconnaissance Orbiter's Wide Angle Camera (WAC) — focuses on a section of the moon's surface that's close to Apollo 17's landing site. Only the original was missing a few  large spots, so Jason Major, from "Lights in the Dark," stepped in to fill in the holes.

All in all, he did a  pretty fantastic job, don't you think?