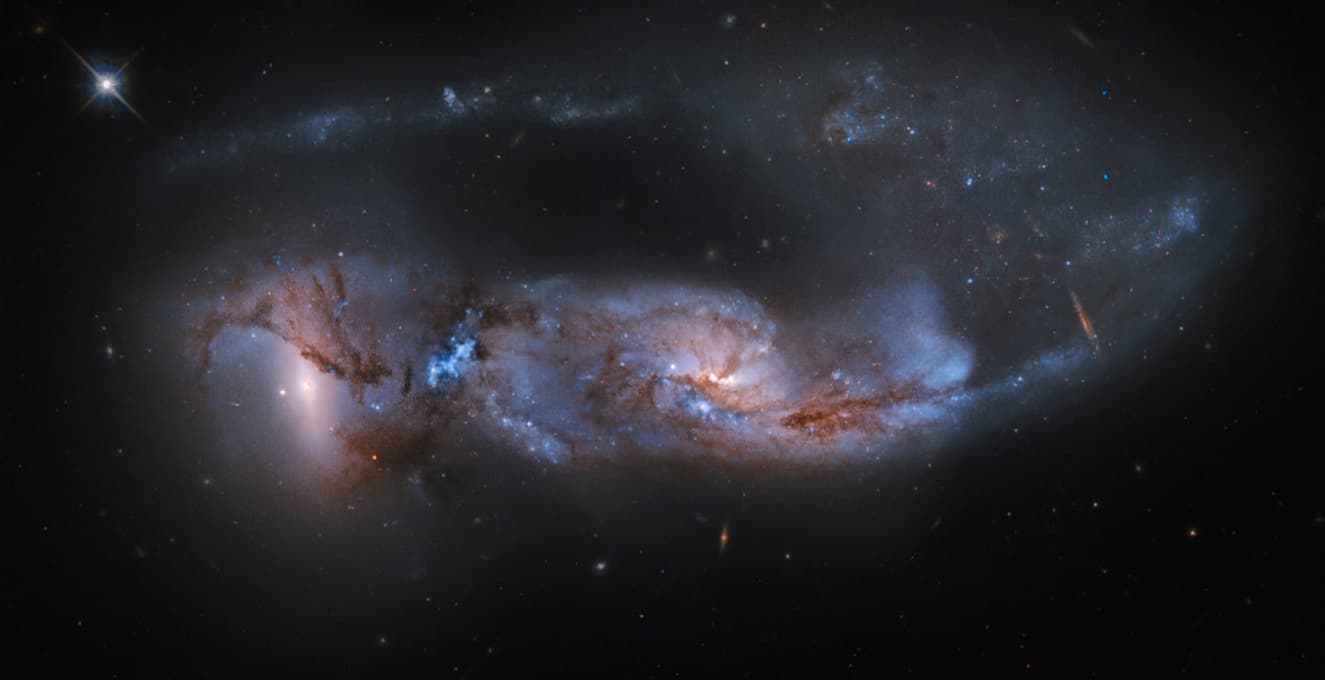 Meet Arp 81 — a pair of galaxies situated about 300 million light-years from Earth (in the constellation of Draco). Clearly, at this point in time, the galaxies — known as NGC 6622 (left) and NGC 6621 (right) — haven't completely merged just yet, but they will soon. When they finally do, it will kick-start fervent star formation.

This snapshot captures the equally large galaxies as they were just 100 million years after their last encounter. During which, the forces of gravity wreaked havoc on the structural integrity of both galaxies, distorting them into something utterly unrecognizable, but still stunning (and unique) in their own special way. To outline a few distinct characteristics, we have a number of twisted lanes of gas and dust content; not one, but two, cores; along with an expansive tidal tail of materials extending more than 200,000 light-years across. This makes it about twice as long as our entire galaxy, which spans just 100,000 light-years in diameter.

The image itself is a color composite, entered into Hubble's archive. It, along with almost 60 other stunning examples of gravitationally interacting galaxies, were reprocessed and re-released in celebration of Hubble's 18th anniversary (on April 24, 2008).