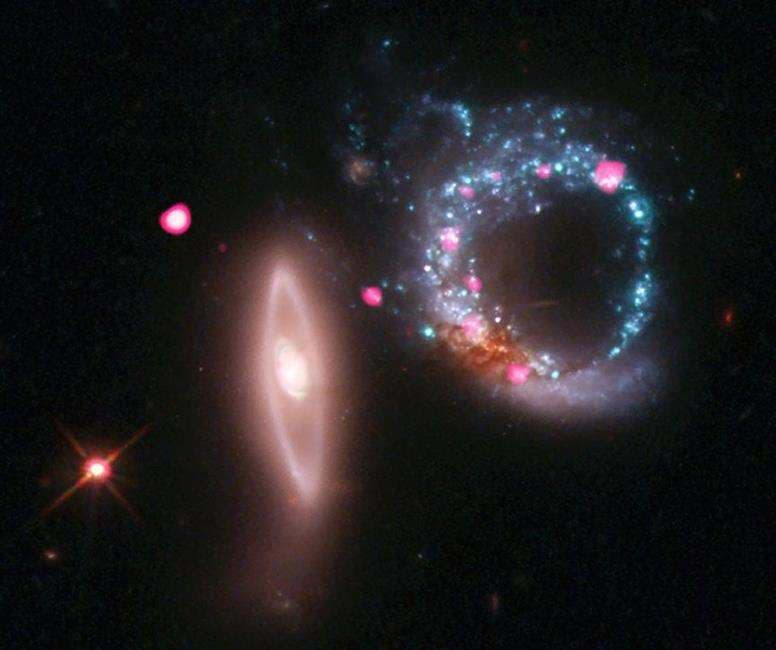 Arp 147 is a gravitationally interacting pair of galaxies around 440 million light-years away from Earth (in the constellation of Cetus).

The blue ring on the right was likely formed by the galaxy (pictured on the left) that passed through when they collided. The left-most galaxy looks relatively undisturbed, while the galaxy on the right looks like it took the brunt of the collision. Following the initial clash of two monumentally large galaxies, a propagating density wave rippled throughout the region, colliding with the material moving inwards due to the gravitational pull.

From there, the increasing density of the gas helped stimulate the intense star formation seen within the blue ring. The massive stars that are then created within the ring speed through their lifespan in only a few million years time (sometimes even less). Instead of going out with a whimper, the large stars leave a legacy behind, as the stars implode, they blast off as supernovae, leaving neutron stars and black holes behind in their wake.

The little shining red dot on the left might very well be the nucleus of the galaxy that was hit.