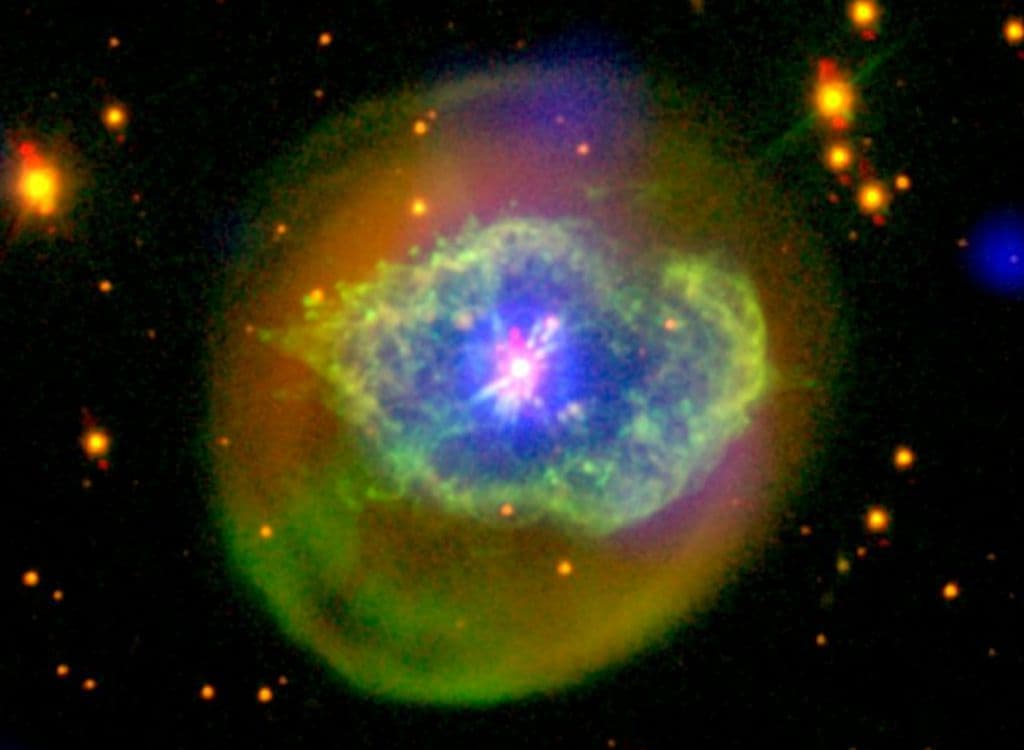 When stars die and become nebulae, they don’t always stay dead. On rare occasions, they can temporarily come back to life, in a sense. Today’s featured nebula is a prime example of this.

Called Abell 78, it can be found a few thousand light-years from Earth toward the constellation of Cygnus. In its heyday, it wasn’t all that different from the Sun, only the key difference is, the Sun remains a main-sequence star. Whereas, Abell 78 is dead… it no longer fuses hydrogen into helium—it is now classified as a planetary nebula.

Unlike other nebulae of its kind, Abell 78 belongs to a rare subclass called, you guessed it, born-again planetary nebulae. They have the same nuts and bolts as normal ones. Most important is the white dwarf: the small, but dense, object situated directly in the heart of the nebula. In this instance, the gas surrounding the central star becomes so tightly-packed in certain areas, nuclear fusion starts back up. The ESA explains further: “The renewed nuclear activity triggered another, much faster wind, blowing more material away. The interplay between old and new outflows has shaped the cloud’s complex structure, including the radial filaments that can be seen streaming from the collapsing star at the center.”

“The interaction between slow and fast winds gusting in the environment of Abell 78 heated the gas to over a million degrees, making it shine brightly in X-rays. Astronomers detected this hot gas with ESA’s XMM-Newton space observatory, revealing striking similarities with another born-again planetary nebula, Abell 30.”

This image of Abell 78 is a three-color composite. X-ray data comes from the XMM-Newton Space Telescope (blue), while optical data was collected by the Andalusian Faint Object Spectrograph and Camera (green and red).