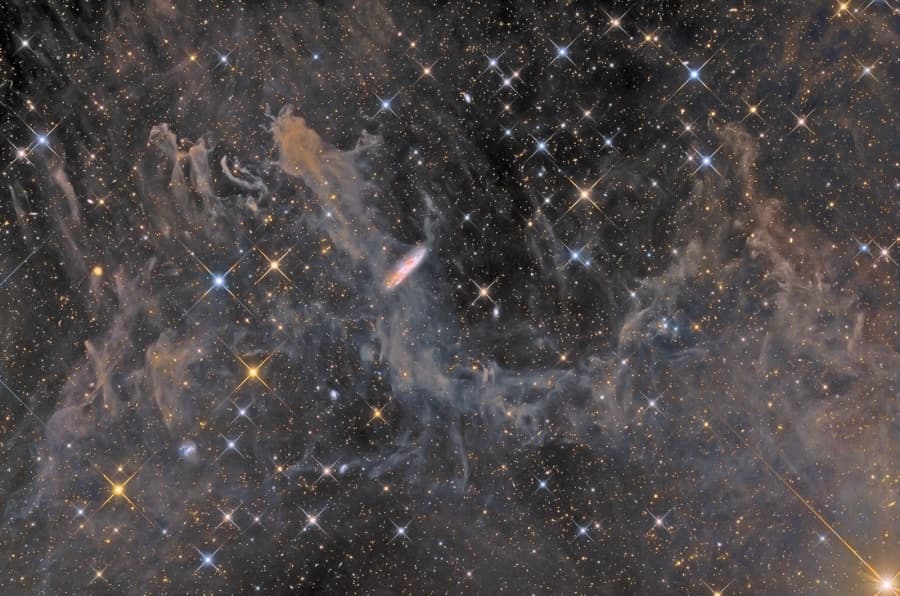 There is so much pictured in this fantastically composed image, I don’t know where to begin. For starters, this view almost covers 1 degree of sky (or two full moons) in total, and it is found near the constellation Pegasus. Secondly, if you note, there are several bright, spiky stars, which actually reside within the Milky Way. The spikes are an effect added by the reflecting telescope that aided in the taking of this image.

You can see the faint glow of the Milky Way’s dust lane being illuminated by the stars that surround it. Within which, you can find the diffuse cloud called MBM 54. It is situated about 1,000 light-years from Earth.

Lastly, located about 60-million light-years away, we have the other object: NGC 7497, It's a spiral galaxy seen nearly face-on. thus completing this magnificent scene.

Get a larger image here.