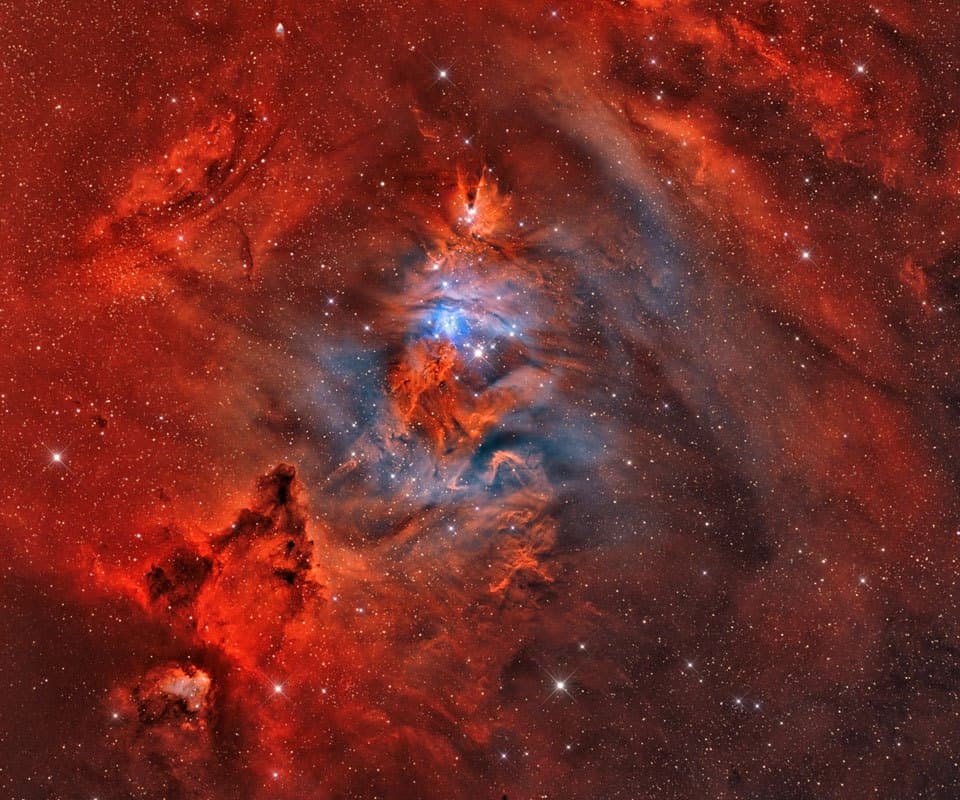 One word is perfectly acceptable to sum this image up: incredible.

Here, we take a detailed look at one of the many beautiful star-forming regions of the Milky Way, containing the familiar shapes of what look like Fox Fur, a Unicorn, and a Christmas Tree. This particular stellar nebula can be found more than 2,700 light-years from Earth in the Monoceros constellation. Overall, the region spans almost 3/4ths of a degree in our night sky, or about the length of 1.5 full moons. (From tip to end, the region actually stretches across almost 40 light-years, meaning our solar system could fit inside of it more than 40 times.)

First and foremost, we have NGC 2264, the region that is home to the Christmas Tree Cluster and the Cone nebula. Vivacious stars embedded in a jungle of stellar materials act as a catalyst to light up dark filaments, creating a picturesque emission nebula.

As some of the photons mingle with said interstellar dark dust clouds, much of the light is reflected, generating the blue region (called a reflection nebula).

Near the center, we can see the Fox Fur Nebula, named as such because of its penchant for mimicking the fur of a fox. This region is lit up primarily by one bright variable star, known as S Mon, with the brown and pink areas depicting emission from ionized hydrogen atoms.

Located near the top of the tree is the Cone nebula. You can also see several of the stars belonging to the Christmas tree Cluster.