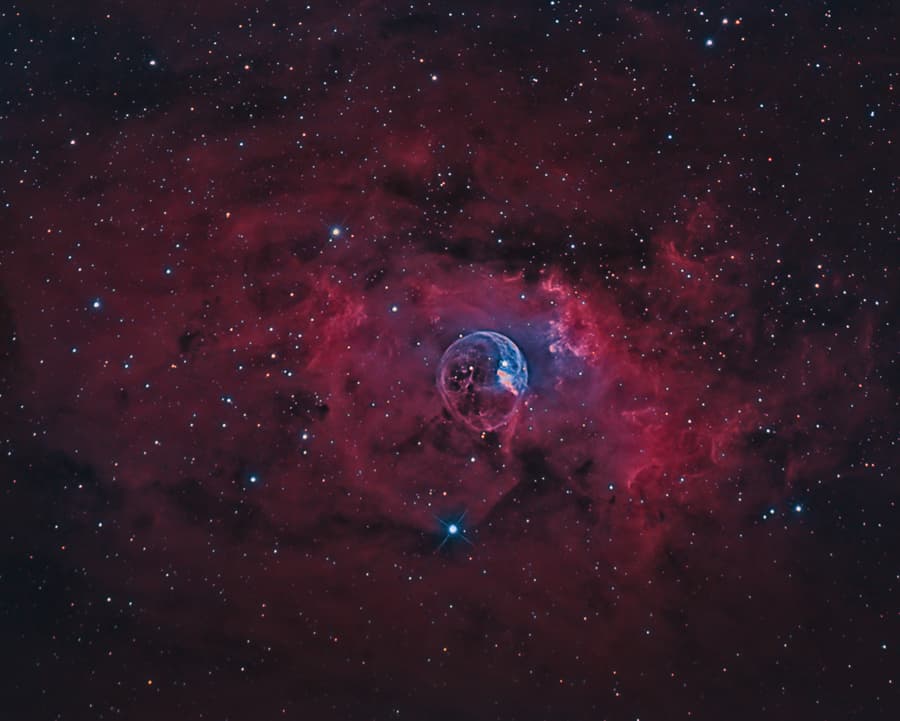 This is NGC 7635, more commonly referred to as the Bubble Nebula (for obvious reasons). This spectacular nebula can be found 11,000 light years from Earth within the constellation Cassiopeia.

Though the shape and structure of the nebula make it appear as if it were a common soap bubble drifting through the cool summer breeze, it is anything but. This bubble was created by a very large star, which was estimated to be about 45 times more massive than our Sun (the star can be found near the bubble's upper-right side) and much more luminous. The bubble itself (in the center) is just as large and spectacular -- coming in at about 10 light-years in diameter. It gets its shape from stellar winds.

Like similar nebulae, this region reveals a glimpse of the pre-supernova stage of stellar evolution.

You can see a larger image here. Take a 3D tour.