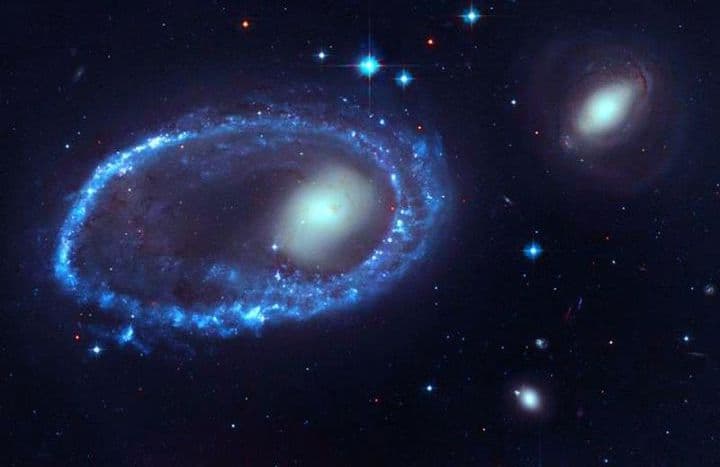 Located approximately 300 million light-years away in the constellation of Volans, AM 0644-741 is one of the most spectacular 'Ring Galaxies' currently know of. Galaxies such as this typically get their ring-like appearance after immense galactic collisions take place between two galaxies. In this case, AM 0644-741's appearance can be attributed to an "intruder" galaxy plunging through the disk of the galaxy and piercing it.

This particular one is about 150,000 light-years in diameter, making it about 50% longer than our home galaxy, The Milky Way. And while it's quite unlikely for any celestial objects to collide during galactic mergers, they are extremely prone to rampant star formation over the course of millions of years. You can see some of those star-forming regions splotched in the bright, overtly blue parts of this Hubble image, which was taken using sensitive ultraviolet filters.

You can download a copy of this image at various sizes here.