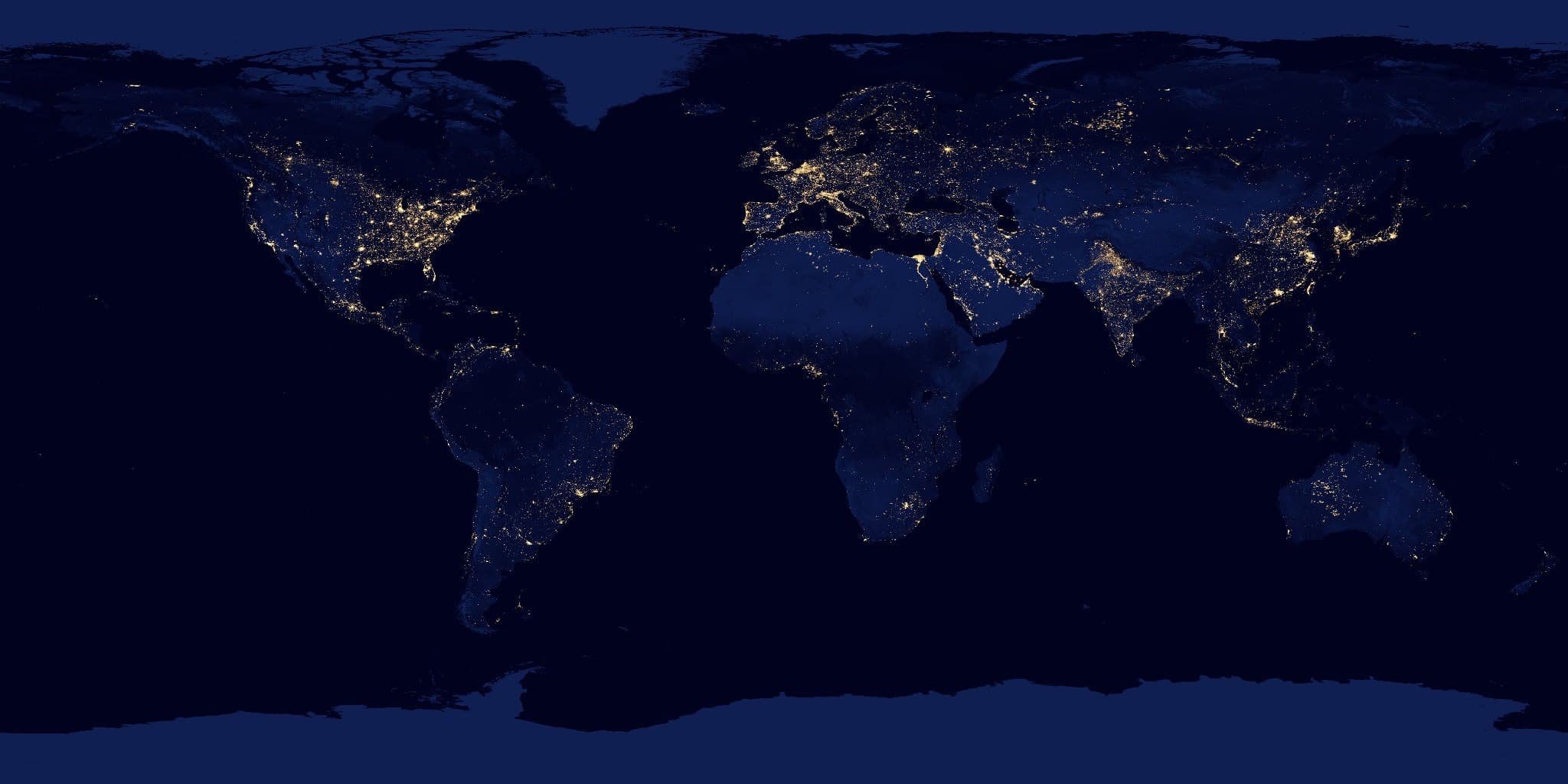 To kick off International Dark Sky Week, I wanted to present this incredible image of the Earth at night. This image was released by NASA back in early December; a fantastic composite image showing our entire planet as it appears at night. The images were taken by an array of satellites during April and October 2012. The composite image shows a cloudless Earth, easily showing the details of human activity spread throughout its surface.

The image has been affectionately named “Black Marble,” only, it’s not so black.

Other than being a beautiful image, it clearly shows the effects of our global effort to banish the night. The International Dark-Sky Association says the Black Marble “reveals our globe is heavily littered with excessive and wasteful lighting that produces light pollution.” Light pollution itself is the bright glow you see over the cities that is responsible for drowning out the stars, negatively impacting the environment for both humans and wildlife, negatively impacting our safety at night, and it’s an exuberant waste of energy.

Over the course of this week, we will post several articles about light pollution and its affects, and a way to light responsibly in collaboration with the IDA.

Back on the Black Marble, it is important to note that most of the light seen here are the lights from our cities. In a small handful of cases, such as when viewing the western side of Australia, the light is a result of forest/brush fires.