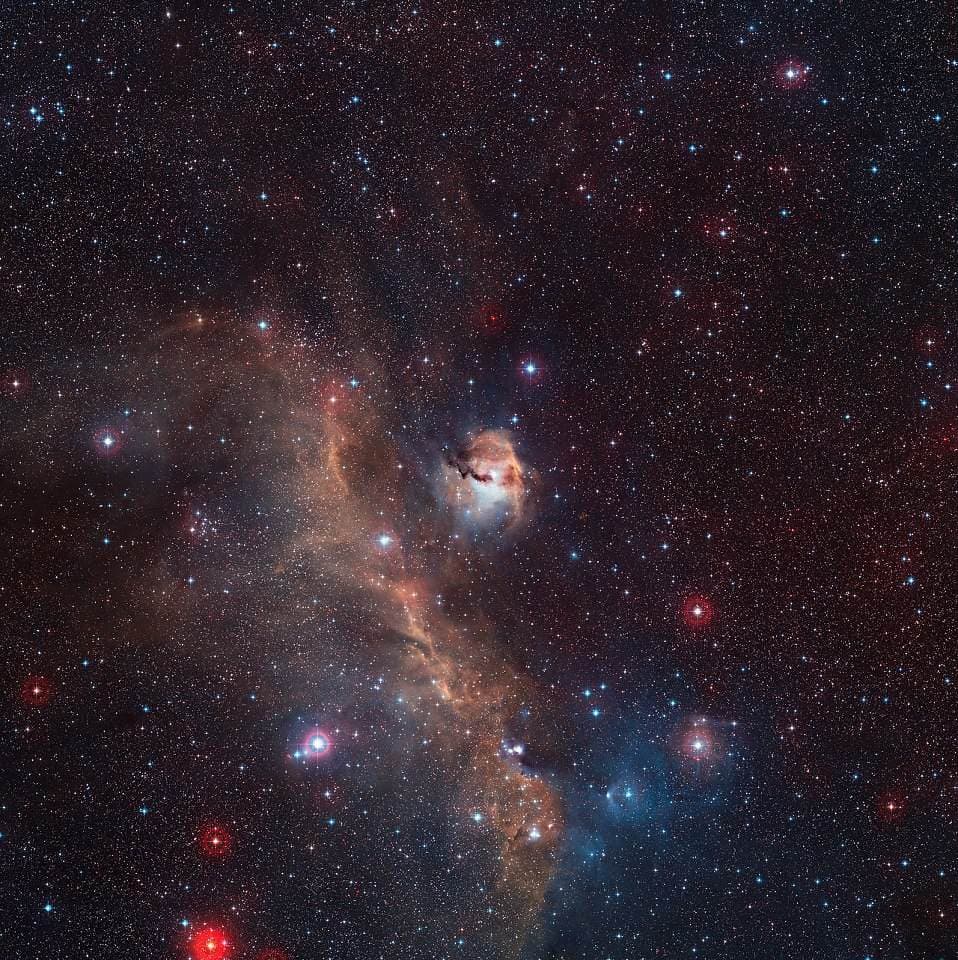 This lovely image of a star-forming region between the constellations of Monoceros and Canis Major, known as the Seagull nebula, was captured be ESO whilst developing images for the Digitized Sky Survey 2.

The Seagull nebula, formally known as IC 2177, lies some 3,700 light-years from Earth, in one of the outermost arms of the Milky Way (our home galaxy). We've posted close-up images of this stunning celestial feature (the link can be found in the "further reading" section below). However, this image is a bit different, as it is a wide-field view of the nebula and the surrounding space. This image perfectly expresses the intricate system of wispy ionized hydrogen-gas clouds, the dark, black dust lanes and several high-mass, blue-white stars that beam ultraviolet radiation into the bird, bringing it alive.

Also seen are three separate entries of the Sharpless nebula catalog, which consists of more than 300 similar features, all of which were complied in the 1950's by astronomer Stewart Sharpless.

Overall, from wingtip to wingtip, the Seagull nebula spans an 100 light-years across.

Take a video tour of the seagull nebula here.