Antimatter Unveiled: New Research Helps Reveal Why We Have an Asymmetrical Universe 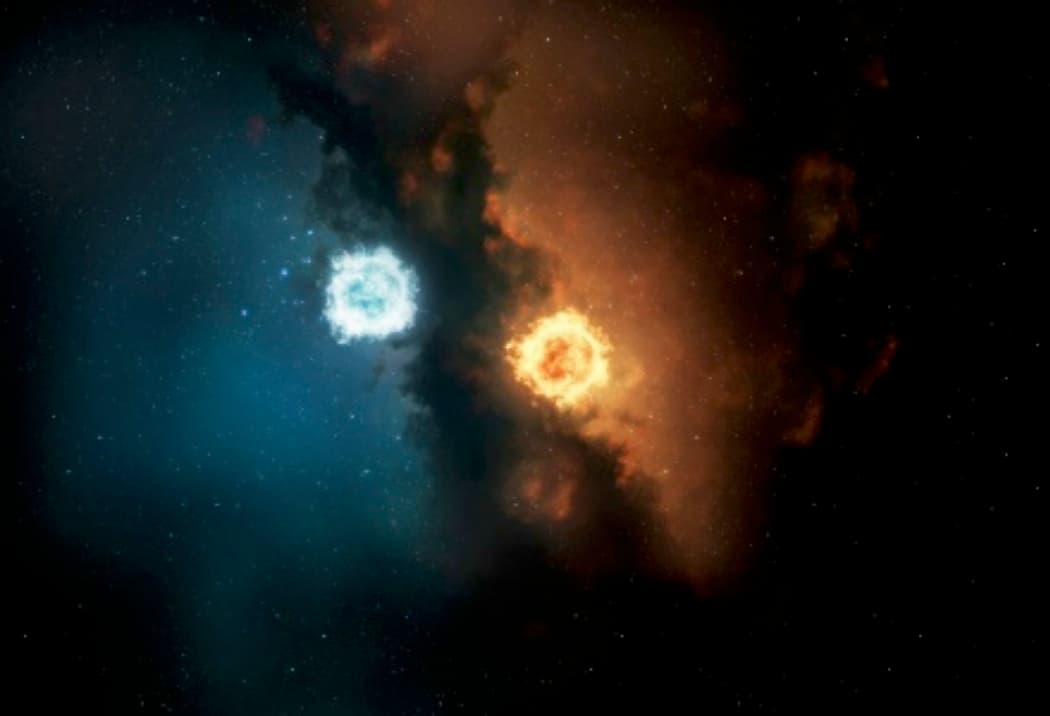 Dr. Nicolas Garron, a Research Fellow in the Centre of Mathematical Sciences, and an international team of physicists have devised the first theoretical calculation of how the behaviour of subatomic particles called kaons differs when matter is replaced with antimatter. "Physicists have been waiting for more than 40 years for this kind of breakthrough,” says Garron.

To break this down a bit, in its most basic sense, antimatter is just matter with its electrical charge reversed. In this respect, antielectrons are like an electron but with a positive charge. Along the same lines, antiprotons are like protons but with a negative charge, and so on. According to our basic understanding of the universe - which postulates that the universe is essentially the same across large scale structures - the Big Bang should have created antimatter and matter in equal amounts.

Physicists are still trying to understand why the universe didn’t annihilate itself and why this asymmetry exists. In this respect, Garron and his team noted that the rate at which the kaons decay shows that, although they are virtually identical, there is an asymmetry between matter and antimatter. This research was published in Physical Review Letters.

The calculation used on the research of kaon decays was done on supercomputers housed in Plymouth University and various other institutions in the USA and the UK. This level of processing would taken a typical laptop over 200 million core processing hours to complete.

Dr. Garron stressed on the importance of these supercomputers in scientific research, saying that "High performance computing is now essential in research, even for the most fundamental sciences. We are very fortunate to have one such supercomputer here at Plymouth University.”

Subsequent research related to these calculations may allow us to better understand the true nature of matter-antimatter asymmetry.

Read This Next
Positron Electron
Neutron Star's "Halo" Could Help Solve Antimatter Mystery
Futurism
CERN Researchers Are Planning to Trap and Truck Antimatter From One Facility to Another
Futurism
Is Dark Matter Decay Causing Antimatter to Smash into Planet Earth?
Futurism
We May Finally Have a Way to Solve the Cosmos' Antimatter Mystery
Futurism
CERN Research Finds "The Universe Should Not Actually Exist"
More on Hard Science
Total Drama Island
Wednesday on the byte
Journal Retracts Study on Room Temperature Superconductors
Tell Us How You R...
Tuesday on the byte
Former Particle Physicist Absolutely Annihilates the Field of Particle Physics
Long Live
Sep 25 on futurism
Giving Baby Mice This Drug Makes Them Live 10 Percent Longer
READ MORE STORIES ABOUT / Hard Science
Keep up.
Subscribe to our daily newsletter to keep in touch with the subjects shaping our future.
+Social+Newsletter
TopicsAbout UsContact Us
Copyright ©, Camden Media Inc All Rights Reserved. See our User Agreement, Privacy Policy and Data Use Policy. The material on this site may not be reproduced, distributed, transmitted, cached or otherwise used, except with prior written permission of Futurism. Articles may contain affiliate links which enable us to share in the revenue of any purchases made.
Fonts by Typekit and Monotype.