This spacecraft has a billion stars in its sights. 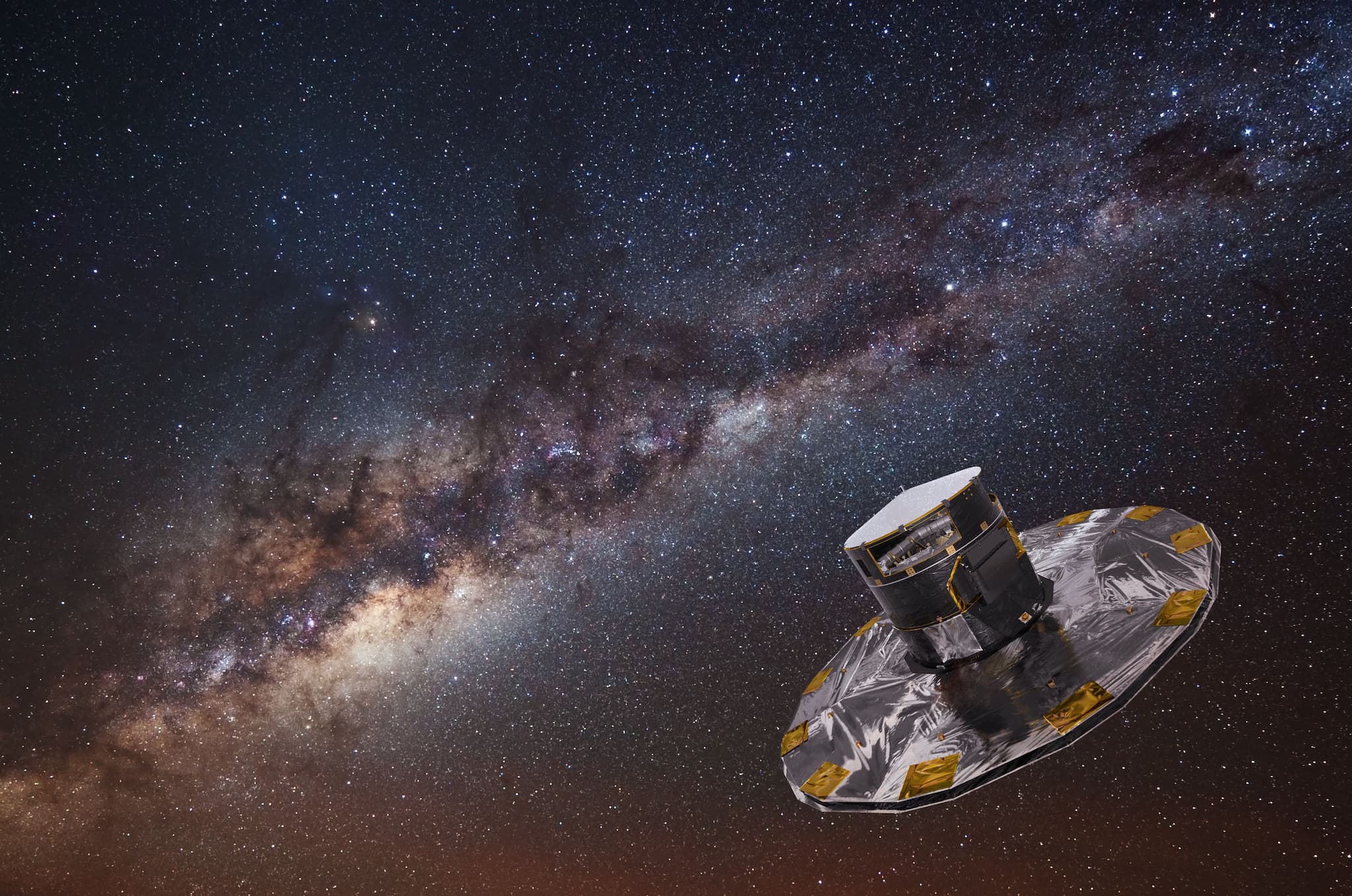 A Map of the Milky Way

Humanity has no shortage of irons in the fire when it comes to space exploration. Right now, several agencies are fine-tuning plans to send humans to Mars, an almost 20-year-old spacecraft is gearing up to crash land on a distant planet, and we're remarkably close to ushering in the era of space tourism. Yet, one mission stands above all others in terms of its potential to advance the human race: Gaia.

Launched in 2013, the Gaia spacecraft is currently halfway through a five-year mission to map the Milky Way, and Brian Koberlein, astrophysicist and Senior Lecturer at Rochester Institute of Technology, expects the European Space Agency (ESA)-operated space observatory to lead to huge scientific breakthroughs.

“In the next year, I would say the Gaia spacecraft [will likely give way to humanity's greatest advancements],” he tells Futurism.

Gaia is positioned roughly 1.5 million kilometers (932,056 miles) beyond the Earth in the direction away from the Sun. The craft measures only 3.5 meters (11.4 feet) across, though its sunshade increases that diameter to 10 meters (32.8 feet). It is equipped with two telescopes that incorporate an array of 10 mirrors of various shapes and sizes, and with a total of nearly 1 billion pixels, its focal plane is the largest ever flown in space.

More so than its equipment, the purpose of Gaia is what makes it special: gather data that can be sent back to Earth to generate the world's largest, most detailed three-dimensional map of our galaxy. Over the course of its mission, the craft will survey 1 percent of the Milky Way's stars. That might not seem like a lot until you consider how many stars are located in the Milky Way. “[Gaia] will map out a billion stars in our galaxy,” says Koberlein, quantifying the ambitious project's scope.

New Discoveries on the Horizon

The most obvious benefit of Gaia's observations will be a dramatic increase in our knowledge of the objects being targeted: stars. Not only will we learn more about stars that resemble our own, we'll also learn new details about brown dwarfs, distant supernovae, and massive quasars.

Gaia won't just offer a snapshot of these stars, either — it will observe each one 70 times over the course of the mission. By observing each star repeatedly, the craft will be able to record changes, such as increases in brightness or adjustments in position. This will "give us a much better understanding of stellar dynamics in the Milky Way,” explains Koberlein.

While observing these stars, Gaia is sure to directly discover other bodies in the galaxy as well, such as never-before-seen asteroids or icy bodies. By providing us with a glimpse into the "blind spot" between the Earth and the Sun, Gaia will also improve our understanding of our own celestial backyard.

Gaia has already led to several new discoveries, and research should really thrive once the final catalog is published in the early-2020s. As explained on the ESA website, "Huge databases of information will be compiled from the Gaia data, allowing astronomers to trawl the archives looking for similar celestial objects, or events and other correlations that might just provide the clue necessary to solve their particular, seemingly intractable, scientific puzzle."

Koberlein points out one of the most exciting potential uses for these databases: “The data can also be used for...finding exoplanets.” The discovery of new exoplanets would mean new leads in the search for alien lifeforms or even Earth 2.0.

Read This Next
Absolute Unit
Scientists Discover Gigantic New World that Defies Previous Planetary Understanding
Star Stream
Something Is Ripping Apart the Nearest Star Cluster to Earth
So Close But So Far
Astronomers May Have Spotted a New Planet Around the Nearest Star
Futurism
To Understand The Atmospheres Of Distant Exoplanets, Look To Your Car Engine
Futurism
There's a Planet With a 27,000 Year Orbit, and That's Just the Beginning
More on Hard Science
Total Drama Island
Sep 28 on the byte
Journal Retracts Study on Room Temperature Superconductors
Tell Us How You R...
Sep 27 on the byte
Former Particle Physicist Absolutely Annihilates the Field of Particle Physics
Long Live
Sep 25 on futurism
Giving Baby Mice This Drug Makes Them Live 10 Percent Longer
READ MORE STORIES ABOUT / Hard Science
Keep up.
Subscribe to our daily newsletter to keep in touch with the subjects shaping our future.
+Social+Newsletter
TopicsAbout UsContact Us
Copyright ©, Camden Media Inc All Rights Reserved. See our User Agreement, Privacy Policy and Data Use Policy. The material on this site may not be reproduced, distributed, transmitted, cached or otherwise used, except with prior written permission of Futurism. Articles may contain affiliate links which enable us to share in the revenue of any purchases made.
Fonts by Typekit and Monotype.