Amazon files for a patent for AR glasses 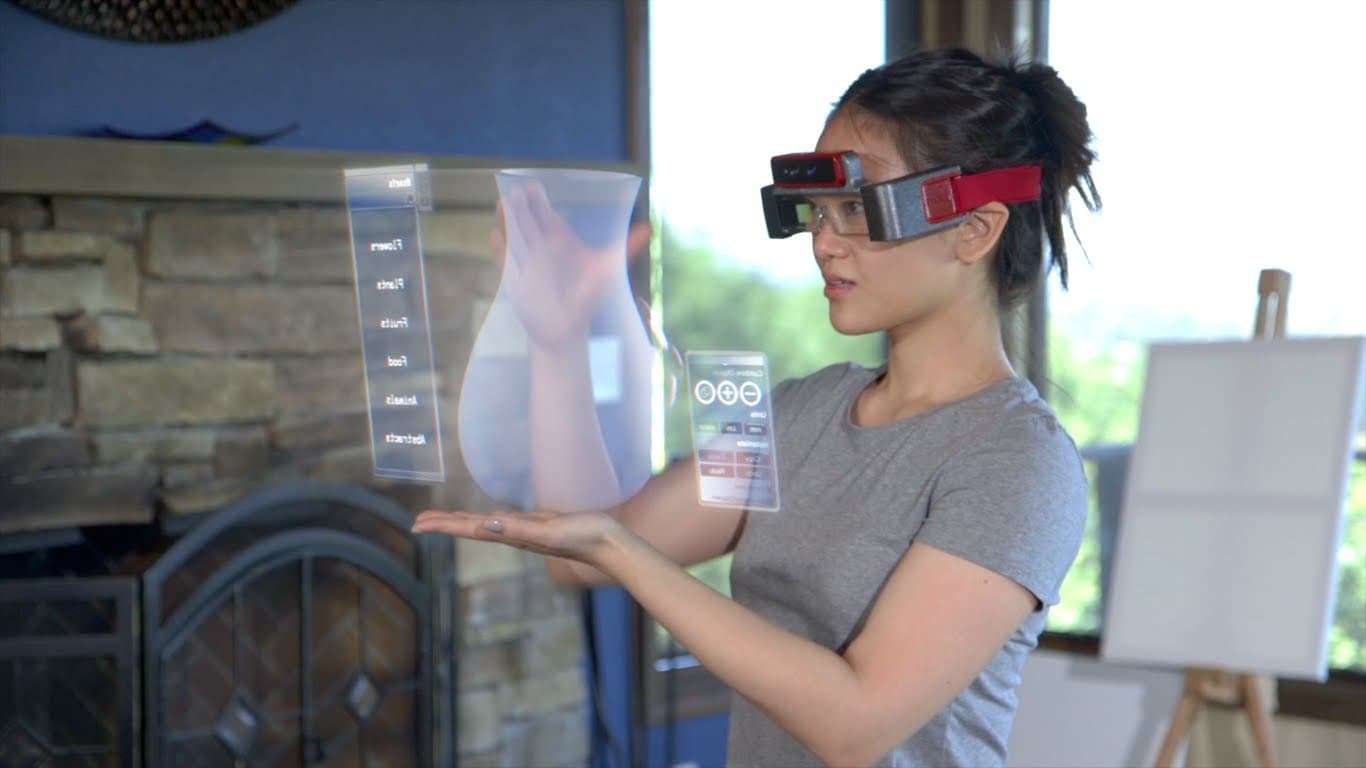 Amazon recently filed a patent for augmented reality (AR) glasses that support the immersion of a “tablet goggles accessory,” taking on Microsoft (HoloLens) and Google (Google Glass) in the AR industry. According to the patent application, Amazon is putting forward several embodiments of a wired or wireless head mounted display (HMD). The goggles could use a “variable transparency layer,” augmenting the reality of what users see when putting on the HMD. As the patent application continues, an electronic device “controls the variable-transparency layer to operate in a first state in which the variable-transparency layer is transparent and to operate in a second state in which the variable transparency layer is opaque. The electronic device switches between the second state and the first state in response to a single-touch event detected by the electronic device." Amazon wants to protect the touch control it labels as an “immersion control tool” which would be used to end or start the AR experience. "For example, imagine the user is watching a movie on their HMD system 450, and are completely immersed, but holding their tablet device 400. The user could simply touch the screen of their tablet (i.e., touchscreen 402) to clear both layers 452, 454, instantly exposing them to outside world and allowing them to use their tablet normally,” the patent application states.

So far Amazon has not clearly stated how far it has gotten with its AR plans. The patent application is focused on that immersion control switch, but Amazon may still currently have several prototypes of AR goggles in development.

Read This Next
Future Vision
Microsoft’s Tech Can Make Your Hologram Speak Another Language
Futurism
Augmented Reality Recreates A New York City Not Seen for Centuries
Futurism
Virtual Reality Has Reached A "Tipping Point." It's Officially Here to Stay.
Futurism
A Major Manufacturer Has Begun Designing Its Cars Using Augmented Reality
Futurism
Ford is Using Microsoft's HoloLens to Design Cars in Mixed Reality
More on Virtuality
We Met Online
Aug 21 on the byte
People Are Going on Dates in the Metaverse and It Sounds Very Strange
Spare Us
Aug 17 on the byte
Wave of Criticism Hits Zuckerberg's Metaverse for Looking Like Crap
Zapped
Jun 30 on the byte
VR Company Shows Off Full-Body Suit That Electrocutes You Everywhere
READ MORE STORIES ABOUT / Virtuality
Keep up.
Subscribe to our daily newsletter to keep in touch with the subjects shaping our future.
+Social+Newsletter
TopicsAbout UsContact Us
Copyright ©, Camden Media Inc All Rights Reserved. See our User Agreement, Privacy Policy and Data Use Policy. The material on this site may not be reproduced, distributed, transmitted, cached or otherwise used, except with prior written permission of Futurism. Articles may contain affiliate links which enable us to share in the revenue of any purchases made.
Fonts by Typekit and Monotype.