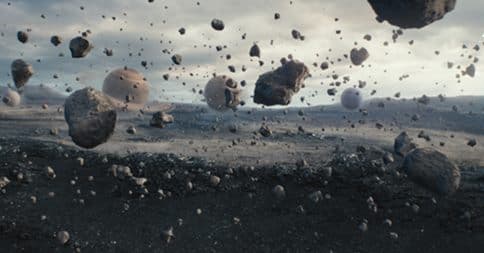 This short film is called Ambition. It was made by Academy Award-nominated director Tomek Baginksi in collaboration with the European Space Agency (ESA). At the heart of the film is the Rosetta comet mission ("A mission that began as a dream, but that after decades of planning, construction and flight through the Solar System, has arrived at its goal"); however, representatives from the ESA note that it's a larger tribute to how contemporary space exploration is crucial to searching for clues to our own origins.

All of this is new and unique and has never been done before. It may sound like science fiction, but it’s a reality for the teams that have dedicated their entire lives to this mission, driven to push the boundaries of our technology for the benefit of science and to seek answers to the biggest questions regarding our Solar System’s origins.

The film was just screened during the British Film Institute's celebration of "Sci-Fi: Days of Fear and Wonder" in London.

Commenting on Ambition, Alastair Reynolds said, "As a science fiction writer, it's hard to think of a more stirring theme than the origin and ultimate destiny of life in the universe."

READ NEXT: Rosetta Spacecraft Has Reached its Target