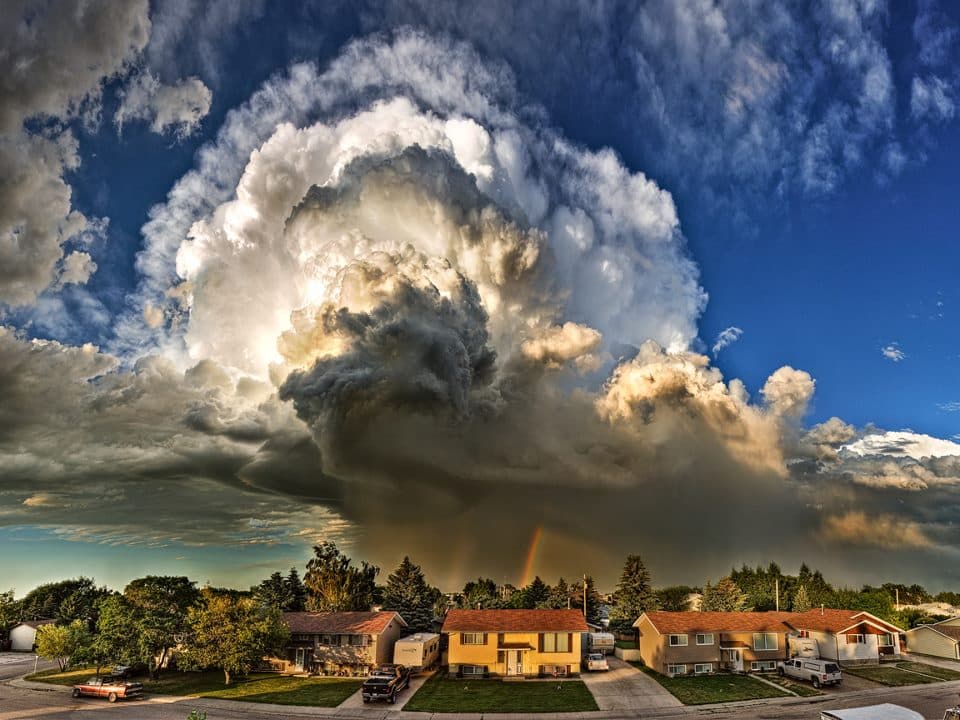 This surreal image shows a supercell over a neighborhood in Alberta, Canada. The image was taken by “The Kav” and features 11 images that were stitched together. There is a little post-photo processing to exaggerate the color, thus revealing more detail than the original images.

Kav has the following to say about the image, “I took these images from my rooftop after my wife and I saw this storm coming up. I could see that the cloud was beginning to twist into a tornado with a rainbow underneath it....how weird is that?! It was 8pm with the sun setting which made the color of everything on the yellow/orange side.”

A supercell, also called a rotating thunderstorm, is one of the four classifications given to a thunderstorm. Supercells themselves are the least common type of thunderstorm, which is a good thing...considering they also have the potential to cause the most damage. A supercell can affect the environment to an upwards of 20 miles away from the body of the storm.