A Photobomb of Epic Proportions... 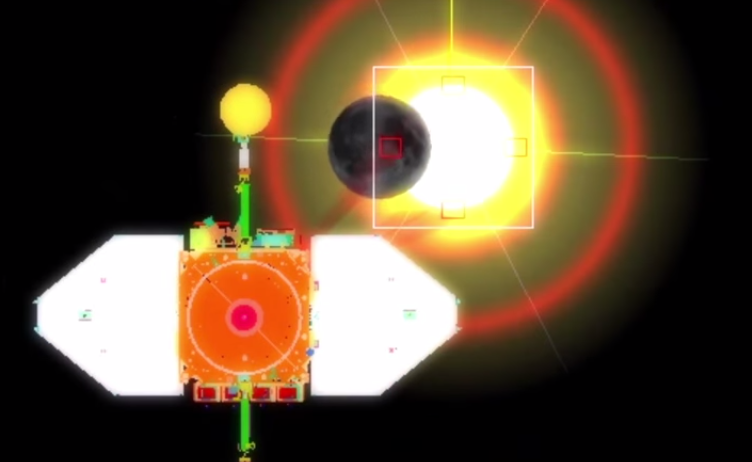 At any given time, a large number of satellites are positioned over Earth, keeping watch over our entire planet—monitoring everything from the weather, to the polar icecaps. Other satellites and probes are strewn across our solar system, studying planets, moons, dwarf planets and even a comet. The Sun has its own satellite, called the Solar Dynamics Observatory (SDO). It aims to study the Sun and all forms of solar activity from geosynchronous orbit (around 22,238 miles or 35,789 kilometers from Earth).

Over the years, the five-year-old satellite has captured many stunning images of our local star. For instance, earlier this month, it watched as a plasma tornado raged on the surface of the Sun for nearly 40 hours.

Now, a new video captures the unlikely moment SDO was photobombed not once, but twice. By the moon and Earth.